Attention book lovers! I’ve set myself a reading challenge for 2021 and I’d love for you to join me.

I know what it’s like to be a busy mum (ie not have much time for reading), so I’ll only include 12 books in the challenge. However, I’ll also include an additional six books for those of you who will have no problem smashing through 12 books in one year.

As a chronic migraine sufferer, I don’t read as many books as I’d like too but thanks to an almost six-month lockdown here in Melbourne (#bloodycovid), I actually managed to read 30 books in 2020.

I’m not sure how this year will pan out, but I’m aiming to read 25 books this year.

You can see how I went in my 2020 reading challenge here.

END_OF_DOCUMENT_TOKEN_TO_BE_REPLACED

Last week, I received the MOST bizarre phone call…… a local vet called to let me know that my cat “Buffy”, who vanished three years ago, was at their clinic. #saywhat

When Buffy went missing in early 2015, we assumed she had passed away because she had been unwell for several weeks prior to vanishing and cats are known to go off somewhere private when they are going to die.

At 13 years of age, this seemed like a logical explanation and my family mourned our loss and knew we would never forget her.

Fast forward to 2018 and you can imagine my shock when I received a phone call from the vet telling me that they had Buffy!!!

I had to ask them to repeat themselves several times, as I couldn’t quite comprehend what they were telling me.

Apparently Buffy had been in a fight and had a nasty gash on her face and when she was bought in to the clinic (by someone that lived in the next street to us, that had been feeding her on and off for the past year as she came and went from their yard), the vet scanned her for a microchip and was able to contact me (so thankful I still have the same phone number).

Still not 100% convinced that this my Buffy, even though I asked for a description – which matched her perfectly – I said I would come in to confirm.

I relayed the conversation to my husband, as soon as I got off the phone, and he shook his head in disbelief as we got ready to go to the vet.

When we walked in, I recognised her instantly and called her name. She meowed loudly and tried to get out of her cage to get to me.

By this stage, I crying, the kids are crying, and even hubby has tears in his eyes.

I still could not believe it was her.

Her face had a pretty bad gash and her fur was matted and dirty but she was sooooo happy to see us. Even the vet couldn’t believe her reaction as soon as she heard me call her name.

The vet told us that she would need to stay for a couple of days while they keep an eye on her face but if we wanted to bring her home with us after that, we could.

Now we had to decide if that was a good idea, as we had since adopted another cat and there was a risk that Buffy could have feline aids after living on the streets for so long and that would put our other cat at risk of getting it too.

We were due to go away for a few days that afternoon, so we asked them to test for feline aids while we were away and then we’d make a decision once we got the results.

Two days later we received a call to say that Buffy’s feline aids test was negative and that she was healing well and that if we wanted her back, she would be ready to come home the next day.

I knew right then that she had to come home to us, so we cut out trip short and drove back to Melbourne the next afternoon, so we could drop our stuff home and go to the vet to pick her up.

I was a little concerned about the reaction our other cat Coco would have, as she is quite skittish and afraid of her own shadow – no joke, she freaks out when she sees her own shadow on the wall, but am hoping they will be ok.

We blocked off a room in the house for Buffy, so we could the cats separated, as we wanted her to settle in and let her face heal completely before we began to introduce them to each other.

As soon as we had Buffy home, she settled in straight away – almost as if she’d never been gone.

When Buffy was younger, I had small bear soft toy that she used to carry in her mouth around the house and she would sleep with it beside her. For some unknown reason, I had kept that little bear and as soon as I showed it to her, she began to rub her face on it and purr loudly. She was so happy to be home.

We’re currently letting each cat take turns to roam around the house while the other is locked away.

It hasn’t taken Buffy long to return to her usual habits – hopping in to our bathroom sink and drinking from the tap, sleeping on my daughters bed, laying across my laptop keyboard *as I’m trying to type* and climbing straight on the the lap of anyone who sits down.

Buffy has even been going on to our deck and sitting in the exact spot where our dog used to have a kennel, as if she is looking for her. (Our dog Bailey passed away during the time that Buffy was away and they liked to keep each other company.) #moretears

I adopted Buffy as a kitten in 2002, not long after I had my car accident. I was struggling mentally with what had happened and one of my therapists suggested I get a cat to help keep me company, while I was at home recovering from my injuries.

She was the best thing that could have happened to me and she helped me through some pretty difficult times. It was so good for me to have something to focus on other than my pain and injuries. I really don’t know what I would have done without her.

She’s been home for a week and it still feels so surreal that she is back.

We’re sloooooowly starting to introduce the cats to each other but it is not going as well as we’d hoped.

So far, both cats seem hate each other and I’m beginning to doubt our decision to bring her back home. We are determined to persevere though and will make this transition as slow and safe as possible.

If you have any tips for helping two cats to get along, PLEASE let me know in the comments below. #desperate

I really wish she could talk so we could find out where she has been and what she has been up to since vanishing three years ago.

Keep an eye out for updates here and on my Instagram. 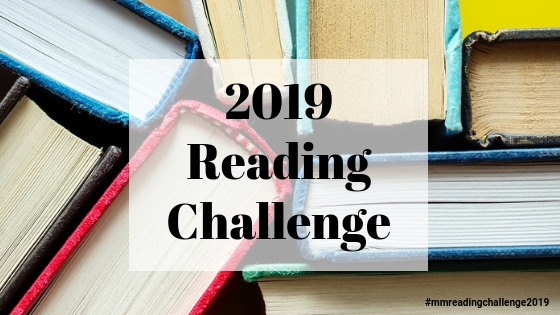 Calling all book lovers! I’m setting myself a 2019 reading challenge and I’d love for you to join me.

I set myself this same challenge last year and I didn’t quite get through the list as I  some of the books I read in my book club, didn’t meet any of the criteria that I had listed (didn’t plan that very well, did I?)

However, I did manage to read 14 books in 2018, which was a pretty good effort, considering I am a chronic migraine sufferer.

Anyway, this year I am determined to read all the books in the challenge as well as additional books in my book club.

I know what it’s like to be a busy mum (ie not have much time for reading), so I’ll only include 12 books in the challenge. However, I’ll include an additional six books for those of you who will have no problem smashing through 12 books in one year. …

END_OF_DOCUMENT_TOKEN_TO_BE_REPLACED 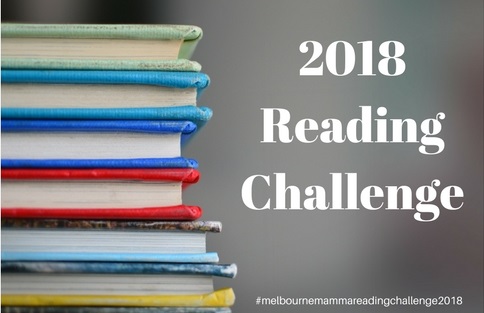 Calling all book lovers! I’m setting myself a 2019 reading challenge and I’d love for you to join me.

Now, before we get started, I have a confession to make. I set myself this same challenge last year and I did not complete it. In fact, I did not even come close to completing it. My migraines were a little out of control last year and I started a new job (not great excuses, I know), so I only read six books all year and only three of them met the challenge criteria.

However, I recently started a book club – my first ever – and it has really rekindled my love of reading and the importance of making time to do the things I love.

I know what it’s like to be a busy mum (ie not have much time for reading), so I’ll only include 12 books in the challenge. However, I’ll include an additional six books for those of you who will have no problem smashing through 12 books in one year. …

END_OF_DOCUMENT_TOKEN_TO_BE_REPLACED

If you’re looking for somewhere to have some family fun, I highly recommend you visit Penny Royal Adventures.

My family and I were recently invited to visit Penny Royal Adventures in Launceston and we jumped at the chance to head to Tasmania for some adventure….