One of things I love about Winter is wearing boots – actually that’s a lie, it’s probably the only thing I love.

Ankle boots or long boots, I don’t care – I love them all.

When the fab team at Walnut Melbourne offered to send some boots to the kids and myself to road test, I didn’t hesitate to say ‘yes’.

The hard part was deciding which ones because there were so many to choose from.

There were quite a few pairs of ladies boots but I chose the Chaser Leather Boot in Black. I wanted something I could wear with jeans, pants, skirts and dresses, and they looked like the best match.

I let the kids choose the boots they liked best and my daughter picked the Lily Long Boot (also in Black) and my son choose the Desert Contrast Boot Taupe Cobalt. 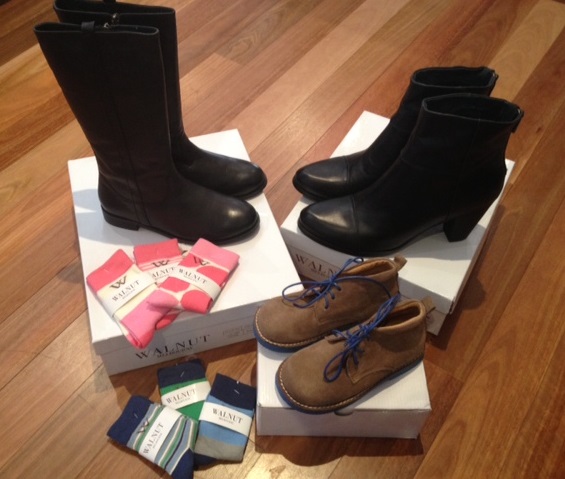 I’m usually a size 40 but decided to go up a size as I have a wide foot and have struggled in fit in size 40 ballet flats from Walnut in the past.  As soon as I put them on, they felt like the perfect fit. I wore them to work the next day and they were really comfortable.

The heel was a little higher than I would normally wear (as I have problems with my back and dodgy knees) so I was pleasantly surprised to find that these boots gave me no issues.

I’ve now worn the boots several times, including to events where I have been standing or walking around for long periods of time and the boots are really comfy.

My daughter has worn her boots a couple of times and she really likes them.

She calls them her ‘warm boots’ and loves to wear them when we go out, so she can wear a dress and not freeze to death.

I’ve bought her boots in the past and she has refused to wear them, so I’m thrilled to have found some she likes. I’ve decided to get her a tan pair as well.

My 4 year old loves shoes and has quite the shoe collection, so he was excited to try out the new desert boots. He has worn Walnut desert boots in the past but he thought these “dessert” boots were cool because they were different colours.

I loved the colours in these boots too and they match really well with lots of jeans and pants in his wardrobe. 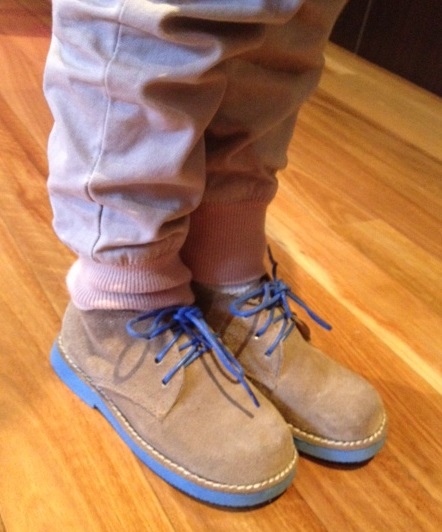 All the boots I have featured in this post are now on sale at Walnut Melbourne, so make sure you pop over and grab yourself some gorgeous footwear at bargain prices.

Thanks to Walnut Melbourne, I have one pair of boots to giveaway to a lucky Melbourne Mamma reader. The choice is yours, so choose something for the kids or yourself.

Entry is open to all Melbourne Mamma newsletter subscribers. Subscribe to newsletter here.

To enter you must leave a comment on this post telling me “Which boots you would choose if you won? (Visit Walnut Melbourne to see the choices).

Entry is open to Australian residents (excluding ACT) aged 18 years and over.

This competition is a game of chance, and skill plays no part in the results of this competition. Winners will be selected at random.

Prize is one pair of Walnut boots. Excludes Walnut shoes. Not reedemable for cash.

Entries not completed in accordance with these terms and conditions will not be considered valid and will not be included in the draw.

Winners will be notified by email and announced on this website. Any prize not claimed within 72 hours of notification will be redrawn.

This Promotion is not sponsored, endorsed or administered by, or associated with Facebook.

Entry is via the widget below. Good luck!

« Cosying up with Canningvale
My Finders Keepers ‘Fab Five’ »